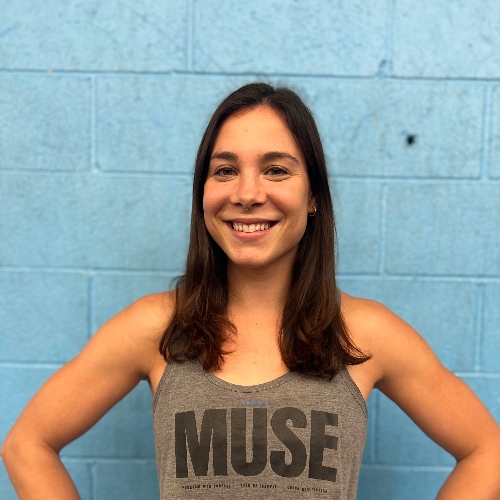 Helena was born and raised in Barcelona, Spain. She began playing basketball for Safa Clarion at the age of 8. From there she was signed by Barcelona's most prestigious women's basketball team; Femeni Sant Adria, in which she played for three seasons. During that time, Helena would help her team win two gold medals and a silver medal at the Catalan Championship. In 2012 and 2014 she was named MVP of the Catalan Federation of Basketball. Helena was then selected to represent Spain's National Team in the 2014 Youth Olympic Games in China where she helped Spain bring home a bronze medal. She was awarded an athletic scholarship to study at Fairfield University in Connecticut for two years with a double major in Theatre and French while playing for Fairfield University. Following her basketball career, she moved to Los Angeles to pursue her acting career. Her athletic background and her passion for helping people lead her to Muse where she has quickly become an amazing coach. Helena splits her time pursuing her love of acting and continues to coach CrossFit and basketball.